Wilmington, NC – The family of a missing woman Kathy Sue Wilcox to hold out hope that their loved one will be found one day and have contacted a non profit national organization located in Wilmington, NC which provides services free to families who suffer the lost of a missing loved one, with a plea for help.

The CUE Center For Missing Persons has launched a website for her family which can be located at http://findkathysuewilcox.com. Tipsters can remain anonymous and can leave confidential information by clicking the form on her site.
Anyone having information on Kathy Sue Wilcox’s disappearance and or location please contact the Otsego Police Department (Michigan) 269-692-6111.

In 1994 Community United Effort better known as the “CUE Center for Missing Persons” was founded to aid cases of missing persons nationwide; funded entirely by donations, and staffed by volunteers. CUE Founder Monica Caison, has dedicated her life to the plight of missing people; which is focused on finding the missing, advocating their causes, and supporting their families. Since its inception, CUE has helped more than 9,000 families in what is often the most confusing and desperate times of their lives.

OTSEGO, Mich. (NEWSCHANNEL 3) – Efforts to find an Otsego woman, missing for 43 years, are picking up steam prior to her birthday.

Kathy Sue Wilcox disappeared at the age of 15 and her case is the longest running missing person investigation in Allegan County.

Her sister reached out to NewsChannel 3’s Alex Jokich, on the eve of Kathy’s birthday.

Wilcox was born on Christmas Day and will be turning 59 years old and her family and friends have just one wish this year: to bring Kathy home.

“We just miss her, you know? Very much,” says former classmate Ronnie Marks.

In July of 1972, police say Wilcox got into a fight with her stepmother.
Her older sister Karen, 16 years old at the time, tells NewsChannel 3 she had tattled on Kathy for something and recalls the final words Kathy muttered to her as she stormed out of the house.

That was 43 years ago when Kathy was declared a runaway. Her story remains a mystery.

“How does somebody just disappear? And nobody knows anything?” Karen cries.

Karen now lives in Montana but recently ramped up efforts to find her long, lost sister.

She is flooding Facebook with a Find Kathy Sue Wilcox campaign, which has created place mats with age progression photos to distribute at restaurants and is working with Kathy’s old classmates back in Otsego to plaster the town with posters.

“We’re hoping she’s out there being a grandmother and that she’s safe,” Marks says. “That’s the best we can hope.”

Kathy’s best friend Eva Thompson has never done a TV interview, until now, and she is hoping, somehow, Kathy sees it.

“Call me, Facebook me, something, you know?” Thompson pleads. “Let’s talk. It’s been a long time.”

Everyone agrees, dead or alive, they just want to know what happened.

“Not that I think I’m that important or my family’s that important,” Karen adds, “but the fact that here we have a child who’s been missing in my community, I think that’s important.”

The Otsego Police Department is still actively investigating the Wilcox case.
Detective Bruce Beckman says there’s no evidence of foul play and they have no leads as to whether Wilcox is dead or alive.

If you know anything about the whereabouts of Kathy Sue Wilcox, contact the Otsego Police Department or the Silent Observer right away. 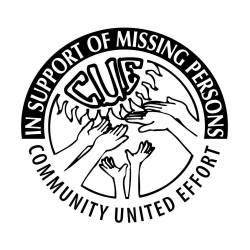 This website is lovingly placed ,sponsored and maintained by CUE Center For Missing Persons.